Yay!!! It's John Lennon's birthday today. If you don't know who he is, then you have either been hiding in a cave for the past century, or are a victim of today's manufactured music. John Lennon was one of the most gifted songwriters in the world, and I intend to preach that bit of information to the world. 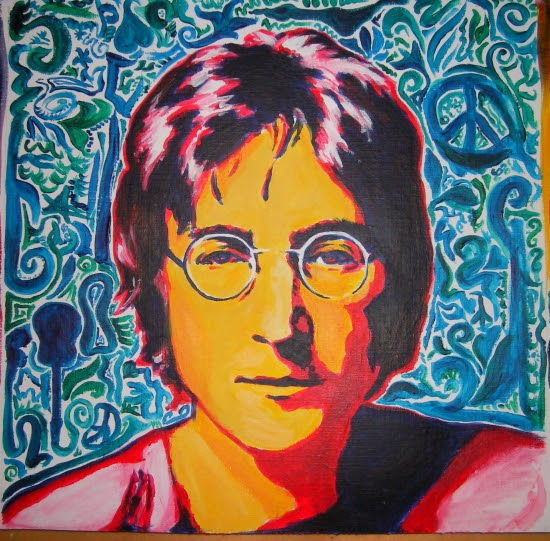 Well, at least some people should know the Beatles. I quote from John Lennon "We're more popular than Jesus". I knew them at the age of the 7! Although admittedly, that was not because my parents had an interest in them, but more to do with a school trip to Madame Tussuads. Unfortunately. Although now they have made their place as one of my favorite bands in the world. The Beatles, along with Jimi Hendrix, were the founders of rock music. And what would the Beatles be without John Lennon? It's like toast without butter. Or a pencil case with no stationary in it Oh wtf, I've never been good with similes and metaphors.  Just ask my English teacher. 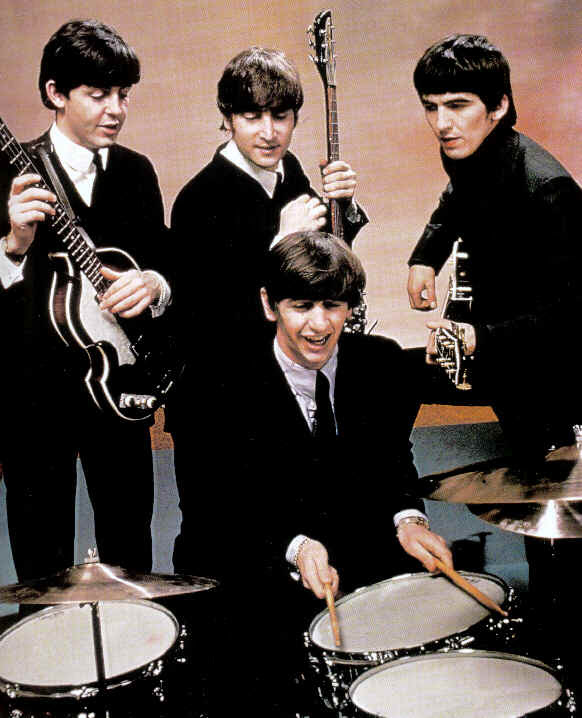 It was John Lennon who thought of the name Beatles. Need I say more? I think not. It is obvious that without him, the band would have probably been called something like 'Grasshoppers'. And obviously, The Grasshoppers, would not have been as successful as 'The Beatles'. Sorry, but no. When John  Lennon was asked why he chose the name, he said,"It came in a vision--a man appeared in a flaming pie and said unto us "From this day on you are Beatles with an A." "Thank you, Mister Man," we said, thanking him."


And so you can tell that as well as being a human genius (I only realized two years ago why they misspelled beetles...so it would have 'beat' in it. Which is music relevant. I am so very slow aren't I?) he had an amazing sense of humour. Oh, and you should also be able to tell that he liked cats from my blog. So what's not to love?

There's even been a film made about John Lennon called Nowhere Boy (with Aaron Johnson in it!).That's how cool he is. Although I have to admit, the whole 'making films about deceased rockstars craze' that seems to be going on is starting to get irritating. For example, they're making a film about Kurt Cobain. Yes, the ABSOLUTE HORROR! I've never met Kurt Cobain, unfortunately he committed suicide before I was born, but from what I can see from interviews, I think he would highly dislike a film being made about his life. Even I would. I mean, how many assumptions would they be making? They would be assuming what his life was like at home with his parents, they would be assuming what his relationship was like with Courtney, and they would be assuming why he committed suicide. And they're obviously just doing it for the money. No, just no, someone has to stop this.

Anyway, back to John Lennon. Honestly, I don't know how Kurt Cobain manages to worm his way into all of my posts. My obsession with him is unhealthy.

John Lennon was voted by The Rolling Stone Magazine as the fifth greatest singer in the world. Which is effing good. And you might not have noticed, but GOOGLE HAS DONE ANOTHER DOODLE TO CELEBRATE HIS BIRTHDAY. AND IT IS ANIMATED. OOH YEAH. YOU BETTER GO AND SEE IT NOW BEFORE IT GOES! Oh, and Youtube has a doodle too, but it's not as cool.

www.google.com
John Lennon always wanted peace in the world (just listen to 'imagine' there's a youtube link on my blog at the end). Sadly for him, his criticism of the Vietnam War almost got him deported. He was always campaigning for human rights as he was an anti war activist. And following the Bloody Sunday massacre in 1972, in which 27 civil rights protestors were shot by the British Army during a Northern Ireland Civil Rights Association march, Lennon said that given the choice between the army and the IRA he would side with the latter, and in 2000, Britain's domestic security service MI5 said that Lennon had given money to the IRA. 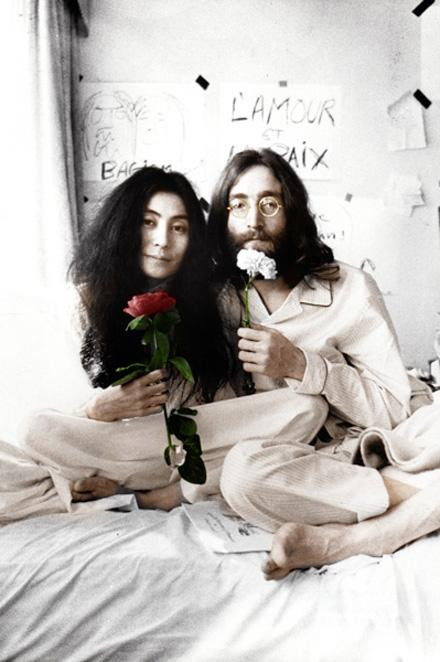 Oh, they must have been so pissed.....
You rock Lennon. Literally.
So what have people been doing to celebrate his birthday? People all over the world are going to be holding celebrations, and people are dedicating monuments and so on to him .And well, his wife Yoko Ono is going to ask the world for peace. But sadly, I don't think that the wars in this world are going to stop anytime soon. Sorry Yoko. 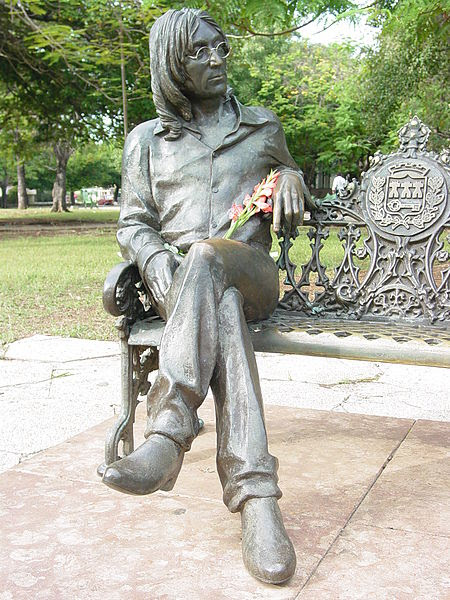 But 'imagine' if John Lennon was alive today- what would he be doing? Oh,if only he hadn't been murdered. I'm sorry, but what is it with all these rockstars dying a sad death? I mean, is it just fate then? If you're a rockstar, you either get murdered like Lennon, commit suicide like Cobain (my second mentioning of him in this blog-oh dear) or die of AIDs like Mercury. I am starting to get slightly worried now.

R.I.P. John Lennon. Your music lives on.
http://www.youtube.com/watch?v=okd3hLlvvLw
(CLICK ON THE LINK ABOVE. YOU KNOW YOU WANT TO.)
Posted by Zee at 06:11 4 comments:

Recycling can be useful!!!!

Ok. So many people think that global warming is not real. Whether or not you believe in it, sometimes, recycling can be very cool. I am not talking bout making musical instruments from Pringles tins and lentils. I am talking about stuff you can use for your guitar. I've already mentioned that you can make flowers from old guitar strings. But that is old news. I'm talking about stuff that is actually useful, not just ornamental.

Picks are ALWAYS getting lost. All the time. So if you're too busy to pop off to the shops to buy new picks, you can make some of your own from home! Just cut a pick shape out of an old credit card, file around the edges and hey presto! Ok, it's not the best pick in the world, but it's still comfortable to use and makes a great sound. Anything from gift cards to old ID cards will work. As long as it's made out of that thick, hard plastic material. And you can personalize them with a permanent marker or sharpie.

http://www.instructables.com/id/Credit-Card-Guitar-Picks/
The link above was quite useful for me

And if you don't have a capo lying around? Use a pencil and elastic bands. You might need a couple of bands though. Or even shoe laces will work.

I found these both pretty useful. I hope someone else does. x
Posted by Zee at 10:36 5 comments:

Yesterday, while trying to tune my guitar back to normal after previously tuning it to a drop d, I broke my high e string. I only bought my guitar two weeks ago! I am such a failure.

I was faced with one of the scariest tasks for new guitarists...changing guitar strings. I was positively terrified of doing it wrong, but then I realized...it wasn't actually quite as difficult as I first thought it would be. With the help of the internet, I managed to single handedly, without any tools apart from a pair of scissors, change my guitar strings. 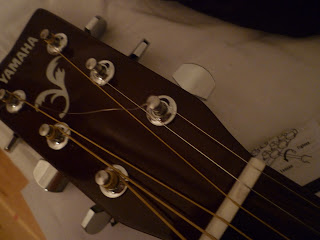 Yep, I have a Yamaha guitar. It was only a £100 (quite cheap actually), but it's good for a beginner, as it came with a guitar case, stand, three picks (although I made some from old credit cards...I might make a post on that actually sometime), a cheap tuner, a strap and a spare set of strings (which I obviously found very useful!)

Here's a link for anyone looking to change their guitar strings:
http://guitar.about.com/od/guitarlessons/a/changingstrings.htm
I found it very useful anyway. And I just wanted to say that although string changing seems like a really scary task, it is actually surprisingly easy.
Oh, and instead of throwing your old guitar strings...turn them into artwork...like this: 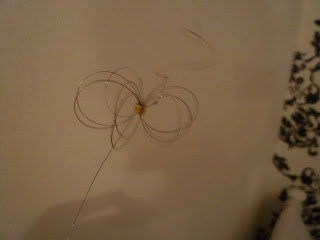 IT'S A FLOWER! And think about it, the more guitar strings you break, the more flowers you'll have! Amazing right? It's like reincarnation...or what was it...recycling. And to be honest, guitar strings are worth too much to throw in the bin. I guess if you have nylon strings maybe...mine are steel light gauge...but anyway, even nylon strings don't deserve a fate like that. No part of a guitar deserves to go in the bin.
Ok, here I go again...you know, I've even named my guitar. He's called Jimi, after Jimi Hendrix.
:D
Posted by Zee at 10:11 3 comments: