The 60s had some of the absolute best music. Coincidentally, it was also a time of deep unsettlement due to the Vietnam War, and I've often wondered if the two were connected in anyway. People's frustration with the government probably got tangled up in the music, and soon enough people were expressing their feelings using poetic lyrics. Powerful messages were sent across, possibly more powerful than the protests themselves.To this day people still sing the songs sung decades ago, and the warning from history still remains weaved in between the melodies.
It's unbelievable the amount of protest songs that one war struck up. Wikipedia has a very good list, but I'm sure there are more that aren't here: http://en.wikipedia.org/wiki/List_of_songs_about_the_Vietnam_War

This was a particularly popular one:


This has to be  the most famous:


And now to one of my personal favourites. It talks about the Kent State University shootings that happened after the National Guard got a bit carried away (massive understatement). Their excuse? They ran out of tear gas.


I feel really sorry for the poor men who got conscripted and forced to fight in the war, when the majority had no clue what they were fighting for. And when they got back from Vietnam, many injured and clinging onto life, they got attacked by anti-war demonstrators in the streets. More soldiers committed suicide returning from the war than actually died in combat. Interestingly, it's the same for the Iraq War, more soldiers commit suicide than actually die in combat. Look at this link http://www.mediafreedominternational.org/2011/04/09/more-us-soldiers-committed-suicide-than-died-in-combat/ . Seems like we don't learn from our mistakes, do we. *Sigh*

Why am I getting so political?

Listen to music. It keeps you sane.

(Forgive me for my cat obsession) Anyway...if there are any anti-war songs (in particular anti-vietnam war songs) that you really like, feel free to leave me a comment. :D
Posted by Zee at 16:32 7 comments:

The John Bonham of our time?

After reading a post on E.T gravity's blog (an awesome blog that you should definitely check out), it reminded me what an awesome person Dave Grohl is. How after all the drama of Kurt Cobain's death, he still managed to pull through and continue rocking out, to this very day.
Hands down, Dave Grohl is one of the best drummers in existence. Whether you like his music or not, you have to admit he's got talent.

Here's an awesome video of him performing with his Jimmy Page and John Paul Jones of Led Zeppelin. Even THEY think he's amazing (just look at Jimmy Page's face!), and considering they've seen the likes of John Bonham (R.I.P)...well it speaks for itself.


Thought I'd just add this pic of Dave Grohl dressed up as a very convincing devil for Tenacious D: the pick of destiny

The New Sensations from Sweden...

Sweden! Has there ever been a country more famous for its contributions in pop? It's the home of ABBA, one of the most commercially successful acts in the history of popular music (and I'm sure I don't need to tell you that). I mean come on, they're still remembered 40 years onwards.

Even though I don't often talk about pop on this blog, it doesn't mean I don't like it. I LOVE pop, just...good pop. I'm just allergic to meaningless repetitive songs that people forget about in a month's time. This however I do like:

Just listen to the drums! Here's their website if you happen to like them as much as me :) http://www.thosedancingdays.com
They're called Those Dancing Days, named after the Led Zeppelin song 'Dancing Days'. Well, this song definitely makes me want to dance...although my version of dancing looks like a constipated chicken frustratedly flapping her wings.
Anyway..what do you think of them?
Posted by Zee at 10:34 4 comments:

Not that I have anything against pop music. I love it, I really do, it's just that today's charts are mostly filled with the crappy pop and hip hop songs that people forget about in a year's time .Not the wonderful pop that people remember for decades afterwards.
It's all about which songs get the most airplay...
But, while people have been wasting mere pennies on annoying tracks from itunes...it's the dedicated fans who are paying real money to see better artists live.
This post was meant to be posted about four weeks ago, but I'm the queen of procrastination and I've managed to find a new excuse to not post it every day.
So without further ado...the Top Four Earning Tours of 2010!
1.Bon Jovi's 'The Circle' tour.
Money earned:$201.1m (£130.7m) 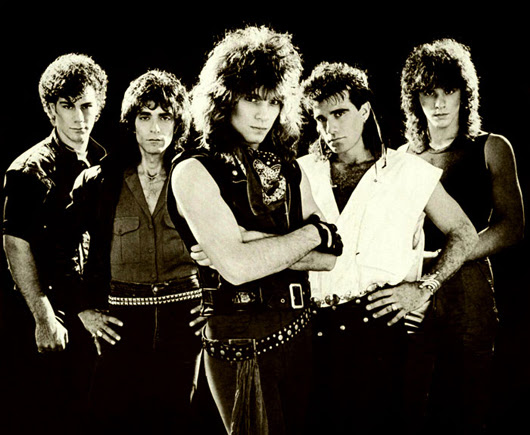 Um....am I allowed to admit I actually kind of like Bon Jovi? Just the tiniest, incy-wincyiest bit...I know lots of people find them annoying and cheesy, but they've made some pretty decent songs. I mean, come on, 'You give love a bad name' and 'Livin' On a Prayer' are so catchy! And you have got to love that 80s hair. Jon Bon Jovi should never have cut it all off...

All I have to say is wow! They've been ongoing since 1973, with practically no breaks. And they're number two? And they were number two last year as well? Guys, I salute you.They've obviously got some very loyal fans out there. But with awesome songs like 'Thunderstruck" and "Highway to Hell" it's no surprise.

U2 were actually the top worldwide act last year as well. It's a shame they've slipped down, but hey, at least they're in the top three! They deserve it too, with their amazing live performances. Check this one out...I can't decide whether the girl on the stage is really embarassed or just overwhelmed.

Yeah, well I never said these charts were completely rock dominated, did I? I actually used to like Lady Gaga, a couple of years ago when I rock music still scared me. But, hearing 'pa-pa-pa-pokerface' a hundred times on the radio, chanted by people at school and simply EVERYWHERE, needless to say, I felt like doing more than poking her face. To be fair though, Lady Gaga has worked very hard to get this position in the chart. She played 138 shows, whereas AC/DC only played 40, Bon Jovi played 80 and U2 played 32. I've heard her performances are as spectacular as her outfits too.


So there we have the top four earning tours of 2010! I just wanted to mention, Paul McCartney (my favourite Beatle! Apart from when it switches to George) made it to 8th place on the top ten! His tour made $93 million (£60 million)! I'd just like to congratulate him on that, because I think it's amazing people still listen to his music, even though it's been 50 years since the Beatles started performing. To give this post a great ending, here's a video of him performing 'Yesterday' (doesn't he look so cute?! He has the same nose as my little brother). Listen out for random hysterical screaming in  the audience. Girls don't even scream like that for Justin Bieber.

So what did you guys think of the Top Four Earners of 2010? Were you surprised by any or not really?
Don't be shy, give me your thoughts!
Posted by Zee at 14:49 10 comments: